Skip to content
Previous Next
Methylation Can Keep Your Brain Healthy

Methylation Can Keep Your Brain Healthy

Did you know you can keep your brain more active with efficient methylation? I can hear you asking, “What is methylation?” Methylation is an important biochemical reaction that occurs in every cell of your body. It is a process that helps your body to work more efficiently and keeps you healthy and younger for longer.

At a fundamental level, methylation is basically the addition of a methyl group (a carbon surrounded by hydrogen atoms – CH3) to another substance in the body and it occurs around a billion times per second in your body! The process occurs in all the body’s cells but is especially crucial to healthy detoxification and brain function. Poor methylation can cause or contribute to almost all health problems and inflammation, as well as mood disorders.

Methylene tetrahydrofolate reductase (MTHFR) is an enzyme involved in important methylation reactions in your body. It converts folate (vitamin B9) into methyl-folate which is essential for methylation to occur.

One of the most important roles of methylation is turning homocysteine into methionine. Methionine builds proteins, repairs cells and detoxifies your body. A build-up of homocysteine could have destructive effects in your body. A large body of research has shown that elevated homocysteine raises the risk of strokes, cognitive decline and dementia.

Methionine helps your body produce glutathione, which is your body’s most potent antioxidant and detoxifier. Boosting glutathione reduces brain inflammation which reduces anxiety.

Methionine is broken down in your liver into a molecule called SAM-e (s-adenosylmethionine). SAM-e helps with neurotransmitter production and reduces brain inflammation.

Methylation protects the energy factories inside your cells which are known as mitochondria. Without adequate methylation, fatigue can be severe and persistent.

What is the MTHFR genetic mutation?

The MTHFR gene enables the production of the MTHFR enzyme. Unfortunately, genetic mutations occur in the MTHFR gene. These are referred to as SNPs (pronounced ‘snips’), which is short for single nucleotide polymorphisms. The MTHFR SNP is very common; approximately 50% of the population carries at least one SNP. You can have one (heterozygous) or two (homozygous) mutations.

The more mutations you have, the less well the MTHFR enzyme is able to do its job. If your ability to methylate is reduced, there is a greater potential for the mutation to negatively impact your health and moods. You can get a blood test for the MTHFR gene, to check if you have a mutation.

Blood tests to check for slow methylation include:

Activated folic acid – this is called L-methyl folate or folinic acid. The regular folic acid form of folate does not work well in people with the abnormal methylation gene.

You may also require vitamin B12 in the form of methylcobalamin if your blood B 12 levels are low. I have included both of these in my liver tonic Livatone Plus.

Most fatigued patients do not make enough methyl groups (CH3) in their body.

Taking the supplements mentioned can increase production of methyl groups and some foods are high in methyl groups. These foods include – lamb, chicken, liver, beetroot, quinoa, spinach and other dark green leafy vegetables and green herbs.

If you are a strict vegan you are likely to be low in methyl groups, as well as vitamin B12, and may need to supplement.

Methylation is critically important to produce brain chemicals (neurotransmitters) that enable good cognitive function and happy moods. Methylation requires the activated form of folic acid which must be obtained from the diet or a supplement.

For better brain health it is vital to eat foods containing the activated form of folic acid which is known as L-Methylfolate (folate).

Most leafy green plants contain around 80% of folate in the active L-methylfolate form and this is the ultimate healthy brain food for those with mood disorders and/or cognitive decline.

Synthetic folic acid is not activated and can be considered useless to those with the MTHFR gene mutation.

Smoothies containing green leafy vegetables and herbs (such as raw spinach, parsley or kale) and berries are an excellent source of activated folic acid (L-methylfolate).

Sprouts are a methylation factory and a brain superfood

Dried legumes such as chickpeas, lentils, and white beans have the highest folate concentration of any food, however it is mainly in the non-methylated form.  Sprouting legumes for four days causes a big increase (3 to 4 x increase) in total folate, plus a near-complete conversion of the folate to L-methylfolate, and an increase in vitamin C content that protects the 5-MTHF. Eating legumes sprouted for 4 days is the most powerful way to increase your body’s intake of L-methylfolate (and cheaper than 5-MTHF supplementation).

Vitamin C in foods protects folate from breaking down and foods with both folate and vitamin C (such as broccoli and citrus) are super sources of L-methylfolate.

If you have MTHFR gene mutations, eating fresh folate-rich foods every day becomes critically important; however, supplementation with L-methylfolate (5-MTHF) tablets may also be required.

Folate (L-methylfolate included) is fragile and degrades when food is processed, so it’s much better to buy fresh green vegetables.

Vegetables close to their raw state are best for folate availability.  Lightly steamed or lightly stir-fried vegetables preserve the folate.  Boiling vegetables leeches the folate into the water.  Avoid boiling unless the water will be used in a soup where the liquid is also consumed. Avoid cooking your high folate foods in a microwave as you will destroy the essential nutrients including the folate.

Grains such as wheat, barley, oats, corn and rice are low in folate. Meat is generally low in folate, except for liver, which is high in non-methylated (not 5-MTHF) folate.

The diagram below outlines the glymphatic system of the brain, which functions to remove toxins and waste products of metabolism from the central nervous system. 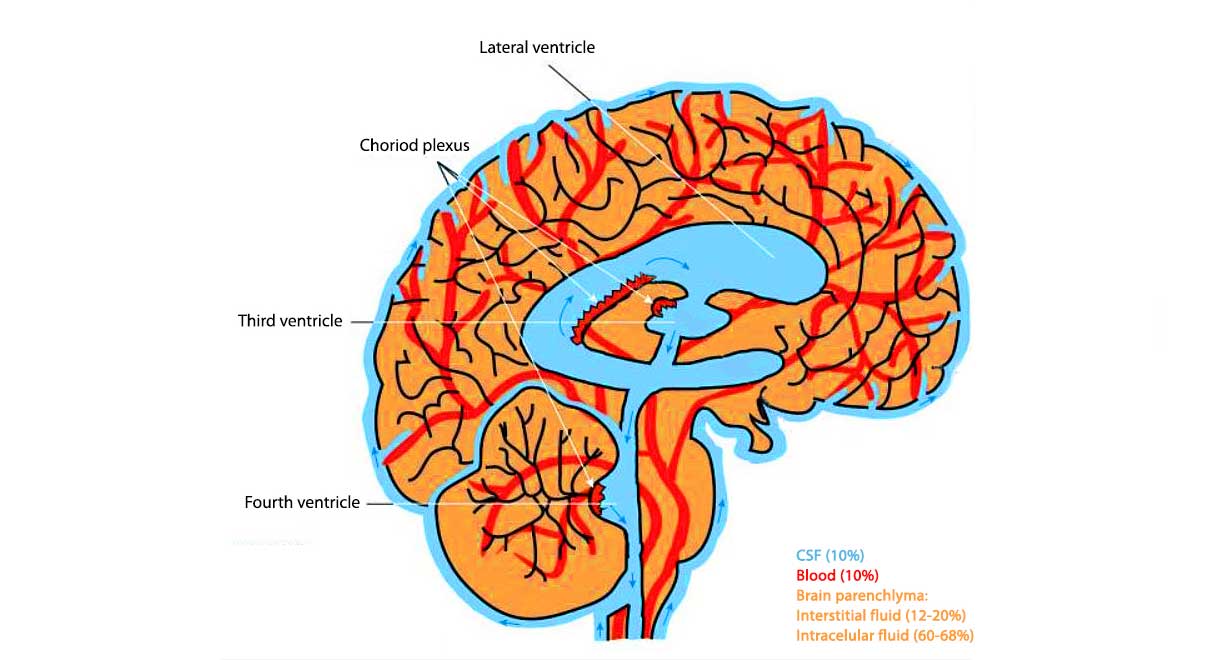 I remember a patient of mine from many years ago who was aged in her 80s and came to see me because her memory was starting to fail quickly. I recommended she buy a juice extracting machine and drink one litre of juices made from a variety of raw leafy green vegetables and herbs daily. Within 8 weeks her memory was sharper than it had been in 20 years!

Back in those days I did not know about the role of folate in methylation and how important it was to the production of neurotransmitters and thus memory and mood. The dramatic improvement in her memory has stuck in my mind and I think many other people with a failing memory or depression are very low in folate because they do not eat enough green leafy vegetables. By the way do not cook your green vegetables, or any food for that matter in a microwave oven, or you will destroy the brain saving folate and other crucial nutrients.

You will find many raw juice recipes in my book Raw Juices Can Save Your Life.