The current viral pandemic attacking the world is COVID-19 and is quite a nasty virus in that it has a death rate (mortality rate) of 0.3 to 1% as compared to influenza’s lower mortality rate of 0.1%.

The COVID -19 virus although called a new or novel virus, is not completely new, as there are many types of corona type viruses, including some types of cold viruses and the notorious SARS and MERS viruses. SARS came from China and MERS originated in the middle east. These are very dangerous corona viruses with a mortality rate of 10% for SARS and 34% for MERS.

Most people who have a fatal reaction to the COVID-19 virus are elderly or have pre-existing lung problems or severe immune weakness; however, it can cause severe illness in younger people too. Many people who get the COVID-19 virus only have a mild illness but it can be unpredictable. It is very important to keep your lungs healthy and your immune system strong to prepare in case you catch this virus.

So how does the COVID -19 kill people?

Basically, if a COVID-19 patient dies, it is because they drown in their own lung secretions. This is because the virus causes inflammation that goes past just the lining of the airways and into the air sacs (known as alveoli), which are at the end of the air passages. In these air sacs oxygen is normally absorbed into the blood stream, and as you know oxygen is life.

These alveoli respond to the inflammation caused by the virus by pouring out inflammatory liquid material into the air sacs – this is what we call pneumonia.

The air sacs become full of inflammatory liquid and mucus so there is no room for air in the sacs, and oxygen levels fall to critically low levels resulting in death.

This is known as respiratory failure and the same cause of death occurs in COVID-19, SARS and MERS. 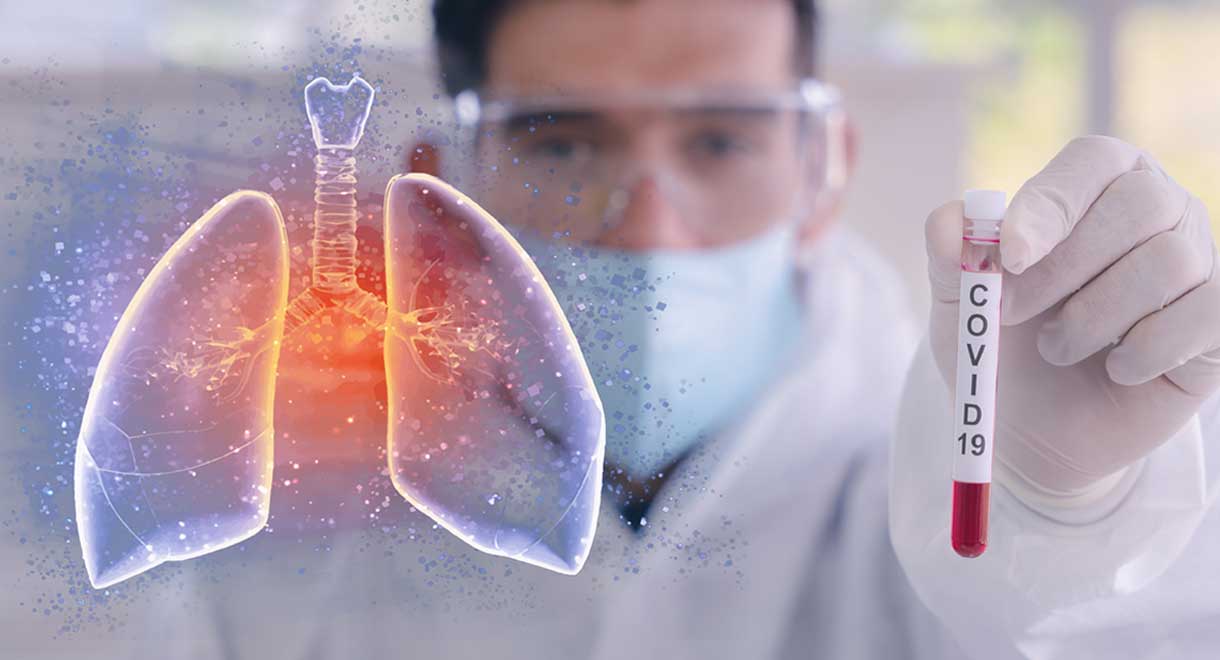 Keep your lungs healthy and your immune system strong

One supplement I highly recommend for lung health is N-Acetyl-Cysteine (NAC), which is an amino acid derivative (small protein) that the body needs. NAC has over 40 years of scientific research to back it up and its powerful health benefits derive from its ability to restore levels of glutathione (GSH) in our bodies.

You need to know about it because glutathione is the body’s most powerful naturally produced internal antioxidant. Glutathione can prevent and repair damage in many parts of the body, including the lungs, kidneys and liver. Glutathione helps the liver to protect you against toxicity, and it is most needed by those with lung or liver weakness/disease and in the elderly.

Today researchers are now realizing just how vital glutathione’s actions in the body are, and how many chronic disease conditions are associated with glutathione deficiency. According to Stanford University’s Dr. Kondala Atkuri, “NAC has been used successfully to treat glutathione deficiency in a wide range of infections, genetic defects and metabolic disorders, including HIV infection and Chronic Obstructive Pulmonary Disease. Over two-thirds of 46 placebo-controlled clinical trials with orally administered NAC have indicated beneficial effects of NAC measured either as trial endpoints or as general measures of improvement in quality of life and well-being of the patients.”

NAC has been shown to increase blood glutathione in HIV-infected patients with low levels of glutathione due to their chronically damaged immune system.

NAC neutralizes toxins and pollutants including heavy metals that accumulate in the lungs, liver and kidneys. Restoring glutathione levels with NAC supplements makes lung and liver cells more able to protect themselves from damage caused by viral infections, toxic air, drug overdose and autoimmune inflammation. For more information email us at contact@sandracabot.com

How can we get more glutathione in our body?

Approximately 150 milligrams daily of glutathione is obtained from the average diet, mainly from fruits and vegetables; however, most of the glutathione in the body is manufactured from NAC within the cells. It is interesting to know that a lot of the glutathione produced in the liver is transported to the bloodstream to be used by the lungs and kidneys for their protection and detoxification.

For people with severely depleted levels of glutathione in their body, taking glutathione intravenously would be best, but this is more expensive and is only available from integrative doctors. A very practical solution is to take NAC capsules to boost your body’s production of glutathione.

NAC does not require a prescription and is taken as an oral supplement in doses of 600 to1800 mg daily. NAC is taken two to three times daily, or as recommended by your healthcare provider. NAC can be taken with or without food but is best absorbed if taken 15 minutes before food with a whole glass of water.

With over 40 years of use in a wide range of medical disorders, NAC has been proven to be safe for long-term treatment. However, if you have histamine intolerance or peptic ulcers talk to your doctor before taking NAC. 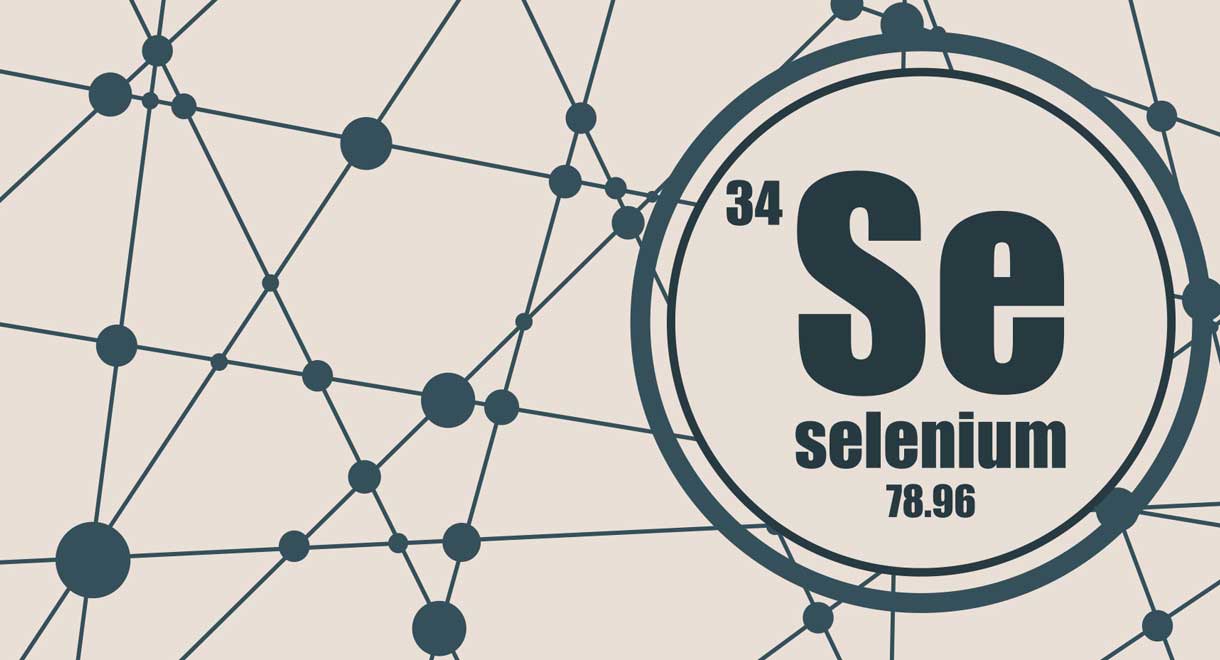 Selenium is the most important nutrient that your immune system needs to fight viral infections. Selenium deficiency creates a weakening of defences against infectious diseases, especially those caused by viruses. Selenium deficiency may lead to increased risk that a virus will change itself from a benign (mild) virus to a highly virulent (dangerous) virus. This is because if there is not enough selenium in an infected person the virus has greater tendency to change its genetic identity to a more dangerous form – this is called a mutation.

An adequate supply of macro- and micronutrients is vital to support host immune defence and resistance against dangerous disease-causing microorganisms. The modern-day diet is often not sufficient to meet the increased demands for micronutrients in infectious diseases. Many areas of the world have selenium deficient soils.

Dietary supplements containing selenium up to 100 to 200 mcg/daily have potential as safe and inexpensive additional therapy in viral infections. Dietary supplementation with selenium might also be useful to strengthen the immune system of patients suffering from other viral epidemics such as the West Africa Ebola outbreak of 2013-2016. Populations in several countries most afflicted by past outbreaks of Ebola fever (e.g., Liberia, Guinea, Democratic Republic of Congo) showed a high risk of selenium deficiency. Interestingly the lowest dietary selenium supply in Africa was reported from Liberia, with a daily intake of only 23 mcg of selenium.

Selenium has been known as “the viral birth control pill” because it can reduce the ability of viruses to increase in numbers.

This study discovered the unexpected degree to which selenium is used up when the immune system is activated by the virus. Even in people who get adequate amounts of dietary selenium, additional supplementation will be beneficial.

Selenium protects the genetic material from mutations in humans, animals and viruses. When a virus infects a human or animal lacking selenium, the virus can undergo mutations making it far more dangerous. If the virus also lacks selenium, mutations can occur making it even more dangerous. There is a risk that many viruses could become more virulent by passing through a selenium-deficient host.

In addition to selenium, supplements of the mineral zinc and vitamin C have been proven to exert valuable anti-viral and anti-inflammatory effects. Vitamin D is also important for a strong immune system and you do not want to be deficient in vitamin D during a respiratory virus pandemic.

It is important to remember that antibiotic drugs do not help your body to fight viral infections. If we are fortunate enough to get an effective and safe vaccine against COVID-19 we can relax a little but remember viruses will always be mutating into new and dangerous forms. Don’t be complacent and keep your immune system strong.

When going out into public places it is beneficial to wear a protective mask such as P2 or N95 masks and to wear disposable gloves. For more information from our health team email us at contact@sandracabot.com

Claudio M. Sanguinetti, N-Acetyl-Cysteine in COPD: why, how, and when? Multidisciplinary Respiratory Medicine volume 11, Article number: 8 (2015)