On this very special 100th flight, Dr. Cabot will be making life a lot easier for a family living in Carroll, a small town not far from Gunnedah but a long way from Westmead Children’s Hospital where a little boy has been spending most of his life for almost a year.

After just a short ten day break at home, Connor [turning two on 5th December], and his mother Diane will be picked up by Dr Cabot and flown to Bankstown for his next round of treatment, which means they won’t be faced with another six-hour road trip to the hospital.

Angel Flight Chairman and Founder Bill Bristow will travel from Brisbane to Bankstown to witness this historic flight and officially recognise Dr Cabot’s achievement with a special presentation.

When asked why she takes time out of a very busy life to fly these special missions Dr Cabot says it’s because she can!

“About two years ago I heard about the work of Angel Flight from a fellow pilot and thought – that sounds good, I have an aeroplane and it might be fun so why not give it a go.”

Dr Cabot immediately registered with Angel Flight and whilst many people might not consider transporting people with medical and financial needs as ‘fun’, with 100 flights looming this very different medical doctor says it really has been fun. Such has been her experience that she enthusiastically says she will probably end up doing thousands because it is so enjoyable.

“The fun and satisfaction of doing this has come from the opportunity of meeting many different people who have given me a different perspective on life,” she said.

“It’s always amazing to me how positive people with major challenges can be. Not only are some of them confronted with a number of different disabilities they are also faced with the drawback of living in really remote areas far away from the medical help they need, and yet they all stay positive despite this.”

It’s obvious when talking with Dr Cabot that she would be hard to match for her energy, her love for people, variety and spontaneity, but the match between Angel Flight’s reliance on volunteer pilots and Dr Cabot’s personality and sense of purpose are just ‘what the doctor ordered’. A surprising discovery for Dr Cabot has been the incredible love she has witnessed in the people she has had the privilege of flying over the last two years.

“I’ve never had children, but I see the love of parents for their children whether they are their own or those they have adopted,” she said.

“Some of the people I help are rough diamonds but they are the salt of the earth and when I see this kind of raw love I just say WOW! It’s the kind of tough strong love you don’t really see when you are carrying on your ordinary life. You see it when you go and pick up your passengers and get them on the plane where they tell you their story and you hear how they have to keep on keeping on despite the number of treatments, money difficulties and the challenges of distance from the medical centres they need to attend.

“Some of them might not be well educated and have few material possessions but they are really beautiful people who inspire me because of their struggle and their unending dedication – I haven’t seen that kind of dedication before.” 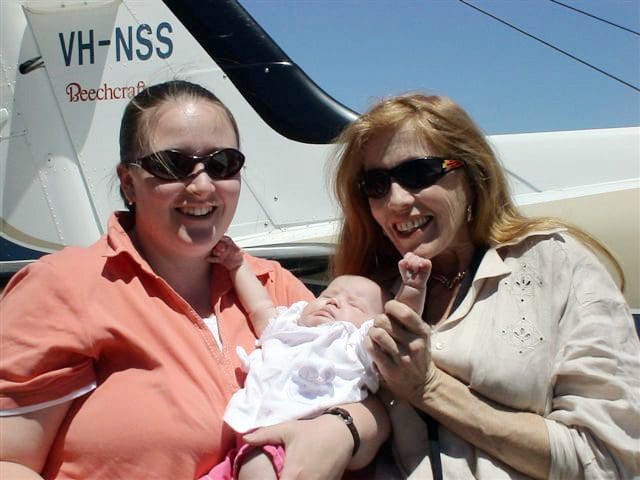 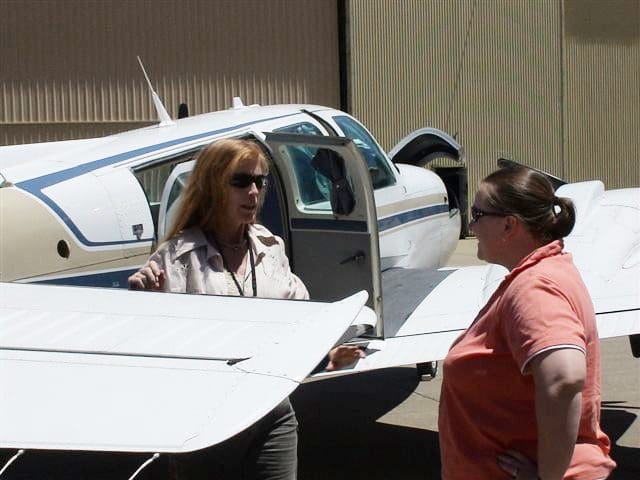 Well, on this 100th flight, Dr Cabot is going to once again witness this kind of love and dedication in the parents of a little boy who has faced more pain and distress than anyone would want to experience. Born on 5th December 2006, Connor was a normal healthy infant until January of this year when he stopped eating, experienced high fevers, appeared to be in a lot of pain and wasn’t sleeping.

“At first we thought these symptoms were due to teething but it went on far too long,” said his mother Diane Frazer.

“We decided it must be something more than teething as he was getting sicker and sicker so we took him to the Gunnedah hospital who sent us to Tamworth, but it took a few admissions to find out what was wrong with him.”

The day that Diane and her partner Aaron Swan found out what was wrong is inscribed indelibly in both of their minds.

“It was on 12th February that the doctors in Tamworth discovered through an ultrasound that our little boy had what is known as a ‘Wilms  tumour’ measuring 12cm x 11cm on one of his kidneys,” Diane said.

“The next day I flew with Connor by air ambulance to Westmead Children’s Hospital whilst Aaron organised for our two other sons [13 & 10 years] and daughters [9 & 6] to be cared for by family members and he then travelled to the hospital by road.”

When asked what went through her mind when they were told that Connor had a tumour she said she just couldn’t believe it.

“I was really scared that I was going to lose him,” she said.

“I felt sick and numb and just couldn’t believe it and was in a world of my own.”

After an initial biopsy Connor underwent chemotherapy to shrink the tumour because it was too large to be operated on and at this stage his parents were told that he had an excellent chance of being cured. This initial treatment necessitated Connor and his mother staying in Westmead for three months.   During this time Aaron continued working and caring for the home and other children during the week and driving to Sydney every weekend to spend time with Connor and Diane. Not long after returning home, Connor started to display similar symptoms that took him to the hospital in the first place.

“I know that it was on 6th June that Connor started to get sick again so we rushed him to Tamworth Hospital where another ultrasound confirmed that he had four more tumours. One on each of his kidneys, one on his bladder and the other floating in his stomach fat,” Diane said, vividly recalling again the actual day and awful feelings of dread that she and Aaron once again experienced.

“So we had to return to Westmead where another biopsy was carried out and he was started on an aggressive course of chemotherapy because his bowel had gone up into his chest through his diaphragm.  He was very sick for two months and was in intensive care for a week.”

In addition, Connor underwent major surgery for the removal of part of his bowel, which had gone into his chest in addition to the removal of the four tumours. Naturally, all of this was extremely stressful for Diane and the rest of the family and sometimes she says she felt like giving up.

“Sometimes I feel like giving up but then I know I have to keep going,” she said reflectively.

“I know I can’t look into the future and that it’s best to take one day at a time and be strong for Connor and the other kids.   When I’m feeling down like this I just look at his little smiles and they keep me going.  I’m also very lucky to have Aaron as he supports all of us and takes much of the load off me as he continues to do all the housework, look after the kids as well as going to work.”

As Diane and Aaron face the daily challenges of caring for each other and their family, Connor’s treatment remains at the forefront of their thinking and obviously has become a major stressor in their already busy lives. The stress has been added to by constant separation and the prospect of the long journey by road from the hospital when Connor and his mother are able to return home for a break from treatment.

“It’s very difficult driving with Connor as I have to keep stopping to attend to him as his personality has changed through all of what has been happening to him,” Diane said.

“He’s become quite whingey, clingy and insecure and wants so much of my attention which is hard when I have to keep my hands on the steering wheel.”

Unfortunately, the situation is not going to change in the short term at least, as Connor needs further chemo and radiation therapy necessitating another long stay in Westmead.  But one stress has been relieved for Diane and Connor with Angel Flight stepping in to fly them to and from Bankstown.

“When I first saw Angel Flight advertised on TV I thought what a great idea it was for people living so far away from hospitals but didn’t realize they were volunteers until I looked into it further,” Diane said.

“Now Angel Flight are helping us by flying Connor and me back to the Hospital for his next round of treatment.   We really appreciate it and they ought to be congratulated, they provide a good service and it takes the stress out of travelling.”

Whilst Connor will be undergoing radiation therapy on his 2nd Birthday and at present it’s not known whether they will be able to return home for Christmas, Diane is sticking by her own philosophy of taking one day at a time.